Degree Programme
PHD in Horticulture
Research Topic:
EFFECTIVENESS OF HEXANAL AND ITS MODE OF ACTION ON THE POST-HARVEST QUALITY OF BANANA FRUITS (MUSA SPP) 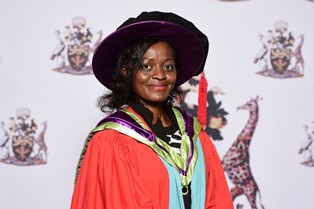 Ms. Peninah Yumbya, PhD research topic is on; Effectiveness of Hexanal and Its Mode of Action on the Post-Harvest Quality of Banana Fruits (Musa Spp). Peninah’s PhD research was funded by International Development Research Center, Canada under the enhanced preservation of fruits using nanotechnology project. Peninah got more funding from the National Research Fund (NRF), Kenya, which supported her PhD research.  Peninah further won the African Bioscience Challenge Fund (ABCF) in the year 2017/2018 which sponsored the molecular analysis work. Peninah did her Msc. in Horticulture in the University of Nairobi between 2010 and 2012. Her Msc. thesis was on; Effect of 1-Methylcyclopropene (1-MCP) and Activebag® Packaging on Postharvest Shelf Life and Quality of Purple Passion Fruit (Passiflora Edulis Sims). She did her BSc in Agriculture (Crop Science option) from the University of Nairobi between 2006 and 2010.

Banana is one of the major fruits produced in Kenya. However, its full potential is not fully exploited due to several constraints including high postharvest losses. The present study was conducted to assess the effectiveness of hexanal, a naturally occurring compound in prolonging the shelf-life of ‘Grand nain’ and ‘sweet banana’ varieties produced under two agro-ecological zones (AEZ) of Kenya.  Further, the study sought to validate the effect of hexanal treatments on the fruits’ postharvest quality and elucidate the molecular basis of its mode of action. To realize these objectives, three separate but related experiments were conducted.

In the first objective, the best method of hexanal application, the effective concentration and treatment duration were evaluated. In the second objective, the effect of hexanal treatment on selected quality attributes was analyzed. In the third objective, mature-green ‘Grand nain’ banana fruits were treated with either hexanal, ethylene, 1-Methylcyclopropene (1-MCP), a combination of 1-MCP and hexanal or left untreated. The fruits were left to undergo normal ripening. Three fruits from each treatment combination were randomly sampled at two-day interval for analysis of selected physical and physiological parameters as well as molecular analysis.

Hexanal applied twice as a pre-harvest spray significantly (p < 0.05) delayed time to fruit harvesting compared to the controls. Effectiveness of hexanal was significantly affected by duration of application with the post-harvest dip for 5 minutes being more effective than 2.5 minutes. Hexanal treatment did not have any significant effect on the various quality attribute parameters analyzed. Hexanal and 1-MCP treatments suppressed the expression of various cell wall genes compared to fruits treated with ethylene and the controls. These results indicate that hexanal technology is effective to delay ripening and extend the shelf-life of banana fruit without affecting the quality attributes of the fruits. Further, hexanal mode of action is through temporal suppression of ripening genes

Invitation to EfD Kenya Seminar - Water Use in the Kenyan Commercial Sector: Coping with Strategies to deal with Unreliability
END_OF_DOCUMENT_TOKEN_TO_BE_REPLACED 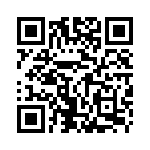