Degree Programme
Master of Science in Crop Protection
Research Topic:
USE OF AMINO OLIGOSACCHARINS AND ALTERNARIA ACTIVATED PROTEIN IN MANAGEMENT OF CROWN GALL AND ENHANCEMENT OF GROWTH IN ROSES

Biography – Atsango Emmanuel Wesonga. Atsango E.W is a Kenyan-born agronomist/horticulturalist. Over the past ten years, he has worked in a professional capacity in the private sector.

Currently, he is the Production manager for Winchester Farm Limited dealing with production and propagation of roses. Prior to this, he served as senior supervisor in an efficacy and trials farm in Nakuru and has vast knowledge in the field.

He has a master’s degree in Crop Protection from the University of Nairobi. Coming from a humble beginning, he beat all odds to attain his First Degree in Horticulture (First class Honors) at Egerton University as well as Diploma in Horticulture (Distinction) at the same university.

Exogenous applications of amino oligosaccharins and alternaria activated proteins in the greenhouse influenced positively the growth of roses and significantly decreased the number of galls, size and improved plant growth. The ability of the treatments to manage the disease can be attributed to enhanced defense mechanism attributable to amino oligosaccharins and alternaria fine proteins.

Invitation to EfD Kenya Seminar - Water Use in the Kenyan Commercial Sector: Coping with Strategies to deal with Unreliability
END_OF_DOCUMENT_TOKEN_TO_BE_REPLACED 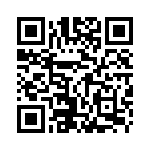