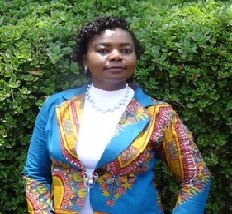 A society that is food secure is productive and independent. Children are able to go to school and adults engage in constructive activities that sustainably contribute to national economic development thus alleviating human suffering. This has always been my passion that propelled me to undertake a career in agricultural sciences.

I have been working with small holder farmers to improve nutritional intelligence and transform livelihoods by integrating my professional skills in Soil Health, Agronomy, Socio-economics and Remote Sensing. My current research focus is on understanding causes of large yield gaps on smallholder farms by integrating biophysical, agronomic and socio-economic factors. My previous research work focus was on improving nutritional and economic wellbeing of smallholder women farmers through utilization of African Leafy Vegetables. The research work has also helped publish 4 articles in peer review journals.

Achieving food security and economic wellbeing requires a multi-disciplinary approach where different factors and actors are involved. My professional background in Agricultural Resource Management has helped me gain multi-disciplinary skills in agronomy, socio-economics and soil health which will be useful in contributing towards food security and in my career progression.

My educational background includes a Msc. of Science degree in Agricultural Resource Management and Bsc. In Agricultural Education and Extension from the University of Nairobi

Yields of staple crops such as maize (Zea mays), rice (Oryza sativa) and wheat (Triticum aestivum) have stagnated in many parts of Sub Saharan Africa resulting in large yield gaps which have exacerbated food insecurity.

The average maize yield and yield gaps for Mukuyu were 3.8 t ha-1 and 1.8 t ha-1 while for Shikomoli they were 2.7 t ha-1 and 2.6 ha-1. Factors influencing yield gaps included; education, age, membership to groups, access to markets, family labour, gender, credit facility, maize variety, crop residue, quantity of organic and inorganic fertilizer use, maize density, chlorophyll values, maize height, and depth to compact layer which were consistent across the study sites. Weed cover at early stages and maize density at late stages were the most limiting factors in maize production in Mukuyu and Shikomoli, respectively.

Department of Crop Production and Ecology,

Department of Soil and Environment,

Invitation to EfD Kenya Seminar - Water Use in the Kenyan Commercial Sector: Coping with Strategies to deal with Unreliability
END_OF_DOCUMENT_TOKEN_TO_BE_REPLACED 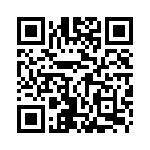